From loans & microfinance to promoting entrepreneurship

From loans & microfinance to promoting entrepreneurship

In 2004, Anand Rao completed his MA in International Relations from Syracuse University, USA. Immediately thereafter, he returned to India, and started working for the Small Scale Sustainable Infrastructure Development Trust. It required him to go out in the field and interact with rural Indians. After working for four years at the NGO, Anand decided to start Chaitanya India Fin Credit, a non-banking financial institution. “We started in 2008 – till about 2009 we were very small and we weren’t making any profit. Then we decided that it was better to go the corporate way and applied for a commercial licence,” says Anand.

The foundation was initially bootstrapped with Anand’s savings. During his tenure at the NGO, he had worked in a village called Nayakanahatti in the Chitradurga district of Karnataka. At Nayakanahatti, Anand partnered with a local teacher, and created an initial fund of Rs. 5 lakhs, which was all the money he had saved. Originally from Mangalore, in Karnataka, Anand says he wanted Chaitanya to be local, because ‘it’s important you find connection with your own community.’ Chaitanya works at the taluka or grama level, where importance is not on large commercial enterprises but on livestock, animal husbandry and agriculture.

“One of the things we do, which not many others do, is to give loans for the purchase of farm animals and livestock, but only to people who do not run a husbandry on commercial basis,” says Anand. Chaitanya encourages villagers to take out larger animal husbandry loans but along with insurance, so that they are protected from loss if anything was to happen to the animals, through no fault of their own.

The biggest loan that Chaitanya has extended till date is for an amount of Rs. 35,000. It may not sound like a large number, but it is the kind of loan that can spell good fortune for a smallholder who owns about two acres of cultivable land. Anand clarifies that a smallholder needs about Rs. 25,000 to plant groundnuts or sunflowers, both of which are rain-fed crops unlike a cash crop like sugarcane. Chaitanya has also provided micro-loans for floriculture – a produce which is perishable in nature, and therefore, time sensitive.

Anand says, “If it rains today, you need to plant the seeds in two-to-three days. If you are not ready with the seeds, it’s a big problem because the traders exact a larger pound of flesh when giving them the money to buy the seeds. They also “lock” the price of the produce so that the farmers cannot take advantage of the higher prices that prevail when the demand for a particular produce goes up.” On the contrary, by giving loans to the farmers, Chaitanya allows them the privilege and benefit of fixing their own prices. 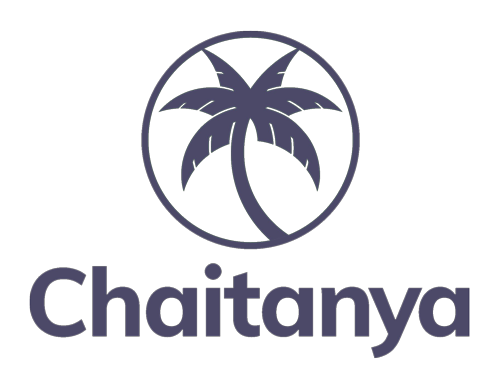 Page load link
We use cookies on our website to give you the most relevant experience by clicking “Accept”, you consent to the use of ALL the cookies. Accept