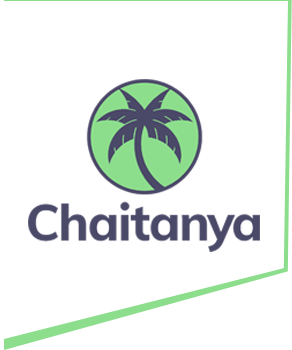 Importance of Microfinance in India

Importance of Microfinance in India

In the development perspective, microfinance has evolved into a programme for women’s economic empowerment and poverty alleviation. One of the most successful methods for enabling the financial inclusion of the poor is microfinance. Traditionally, the term “microfinance” has meant offering financial services to those with little access to capital. This has essentially meant offering no-collateral loans to financially underprivileged women, who are frequently grouped into self-help or joint liability groups.The not-for-profit sector was where microfinance first emerged. The majority of Microfinance Institutions (MFIs) that were founded in the middle of the 1990s were nonprofit charity trusts and societies. They eventually changed into for-profit Non-Banking Financial Companies as they expanded because this was necessary for them to draw risk capital.

When social enterprises started financing to the working poor on a large basis in the 1970s, microfinance had its start. One person who has achieved international recognition for his work in microfinance is Prof. Muhammad Yunus, who received the Nobel Peace Prize in 2006 alongside Grameen Bank. Microfinance was created to assist people in escaping poverty.

Various development strategies aimed at lowering poverty in developing countries have been created over the past 20 years by governments, international development organisations, non-governmental organisations, and many others. Among these programmes that has gained prominence since the early 1990s is microfinance, which offers financial services in the manner of savings and credit prospects to the working poor.

How does microfinance work?

Micro-financing companies through microfinances paves a way to give innovators and owners of small businesses access to financing. Independent and small businesses generally don’t have access to the conventional financial resources that big institutions offer. This makes it more challenging for them to get the financing, insurance, and investments they need to grow their business.

Microloans, microsavings, and microinsurance are just a few examples of the wide range of financial products that microfinance institutions (MFIs) provide.

More than only those who already use or want to utilise small loans are impacted by the establishment and growth of the microfinance market. Within India, there are two main avenues for microloans: the NABARD Bank Linkage Program and Microfinance Institutions or Organizations (MFIs).

For a country like India, where even more than 80% of individuals work in the unorganised sector, microfinance institutions are crucial. Because of the massive fees, local banks are often not an option for small business owners. People can lack the paperwork needed to create an account, such as identity cards and income verification. Or they are unable to read and write clearly enough to complete the forms. Microfinance performs this responsibility and fills this void.

In India, microfinance has a significant impact on the country ’s economic development. It serves as an antidote against poverty for those who reside in rural areas. Its goal is to support financially disadvantaged communities in achieving higher levels of wealth development and income security for both households and entire communities. The most important function of microfinance in India is to provide small business owners with access to money. As was already said, microfinance in India offers access to loans, insurance, and savings accounts.

By providing them with loans, the microfinance philosophy focuses on women as well. It serves as a tool for the strengthening of low-income women because as they gain independence, they can immediately improve the lives of their families and challenge all forms of gender inequality. The poor households in rural and urban areas, as well as women, are the main focus of microfinance. Regarding the minimum and maximum sums that can be loaned, the Reserve Bank of India does not impose any restrictions.

For the impoverished to continue earning money and meeting their expenses, credit is crucial. Additionally, it is essential to the impoverished for revenue activities like investing in small-scale self- employment projects like marginal farms. Due to resource constraints and the structure of formal credit organisations, their access to traditional banking channels is limited. As a result of meeting the credit needs of the poor, microfinance institutions and self-help organisations in India are influencing other conventional banking institutions. It has made significant contributions to raising the standard of living for those in poverty.

Thus, microfinance is not a financial system but rather a weapon for eradicating poverty, bringing about social transformation, and, particularly, elevating the status of women in our nation so that they can become self-sufficient. Microfinance serves a public purpose, which qualifies it as a legitimate objective for social policy.

The provision of microfinance is the main activity of these kinds of institutions. They provide loans using the idea of joint liability, which refers to a group of 10 to 15 people looking for loans either collectively or independently.

People are able to increase their existing prospects thanks to microfinance. The proliferation of low- income households’ incomes has been aided by the existence of microfinance institutions that provide funding for small enterprises. Microfinance solutions enable consumers to obtain loans when they most need it and increase credit availability. Banks rarely give customers small loans; MFIs that offer microloans fill this gap. By raising the amount of funds accessible to the poor, it enables capital growth. As a result, in addition to providing for these families’ basic needs, MFIs also give them credit so they can upgrade their homes, upgrade the community healthcare system, and pursue new business opportunities. The majority of microloans provided by MFIs go to women, which benefits the socially underprivileged. People without jobs and those with disabilities also profit from microfinance. These financial solutions assist people in strengthening their life by improving their current circumstances.